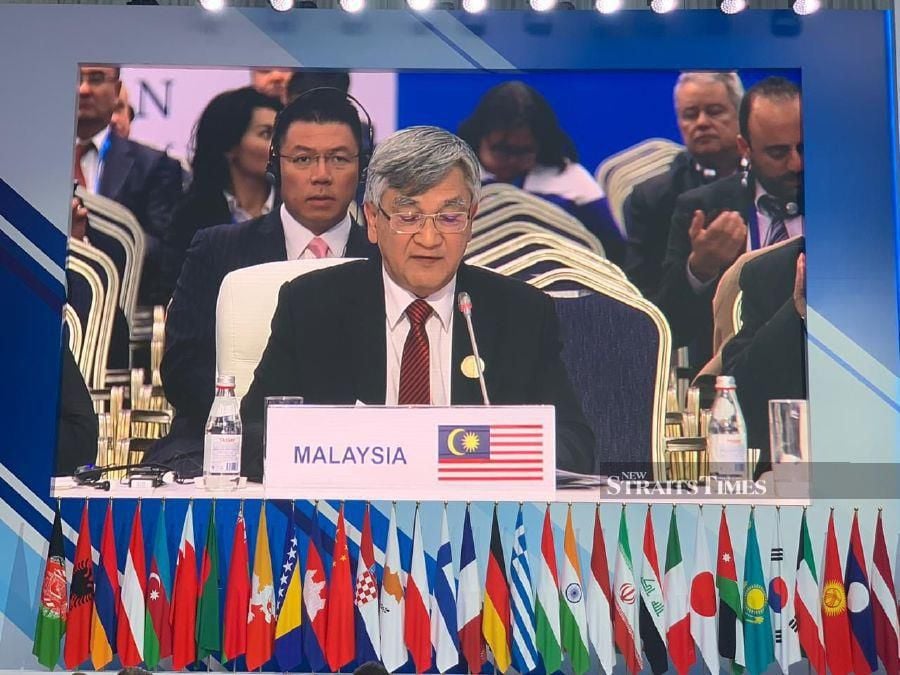 
Malaysia is willing to share its expertise in various areas with countries in the Central Asia and subsequently the Greater Eurasia, to ensure continuous cooperation in seeking common development and prosperity can be achieved.

“We can see the trend where China has now become the focus of the world’s economy activities, and Malaysia too is slowly placing itself as one of the emerging economy forces in Asean. “There are a lot of potential in the Central Asia region which we can pursue and I believe sharing of expertise will help broaden the cooperation,” he said.

He added that the event had helped promote and introduce Malaysia through bilateral side-lined meetings held with various countries, which had further emphasised Malaysia’s willingness to cooperate in various fields.

The annual programme, held for two days from Sept 24-25 in the capital, gathered parliamentary heads and delegations from 65 Europe and Asia countries, including Malaysia, and provided the platform for parliamentarians of the world’s largest continent to exchange their legislative experience, coordinate their efforts and contribute to improve the well-being of the people in their respective countries.

With the theme, ‘Greater Eurasia: Dialogue. Trust. Partnership’, speakers of participating countries’ parliaments and delegations convened in the city to discuss ways to ensure a safe and stable development of the Eurasian space, the implementation of major economic integration projects of the 21st century.

Mohammad Ariff was also accompanied by his deputy Nga Kor Ming and three other members of parliament, Datuk Dr Hasan Baharom, Jonathan Yasin and Hasbi Habibollah. Earlier, during his keynote speech, Mohammad Ariff also highlighted on the need to find new ways to facilitate trade and economic activities among regions which should be pursued with vigour and could benefit many in the long run.

“We are encouraged by the validation of the previous meetings held last year for the full implementation of the 2030 Agenda for Sustainable Development in accordance with the national rules and regulations which consists of wholesome goals in the economic, social and environmental spheres.

“The Parliament of Malaysia places a high priority on SDGs in line with the position of the government which now embrace a policy of shared prosperity. It seems an obvious proposition to make that sustainable development to be fully meaningful, we must ensure that wealth and prosperity flowing from development is shared and enjoyed by all citizens,” he said. The meeting, which ended on Tuesday, had adopted 18-point statement that include the special role of legislative authorities of the countries of Europe and Asia in supporting the activities of regional integration associations for the purpose of a comprehensive partnership based on the principles of respect for equality.

The consideration of mutual interests and emphasise the importance of improving inter-parliamentary cooperation. The Fifth Meeting of Speakers of Eurasian Countries’ Parliaments will be held in Bali, Indonesia next year.