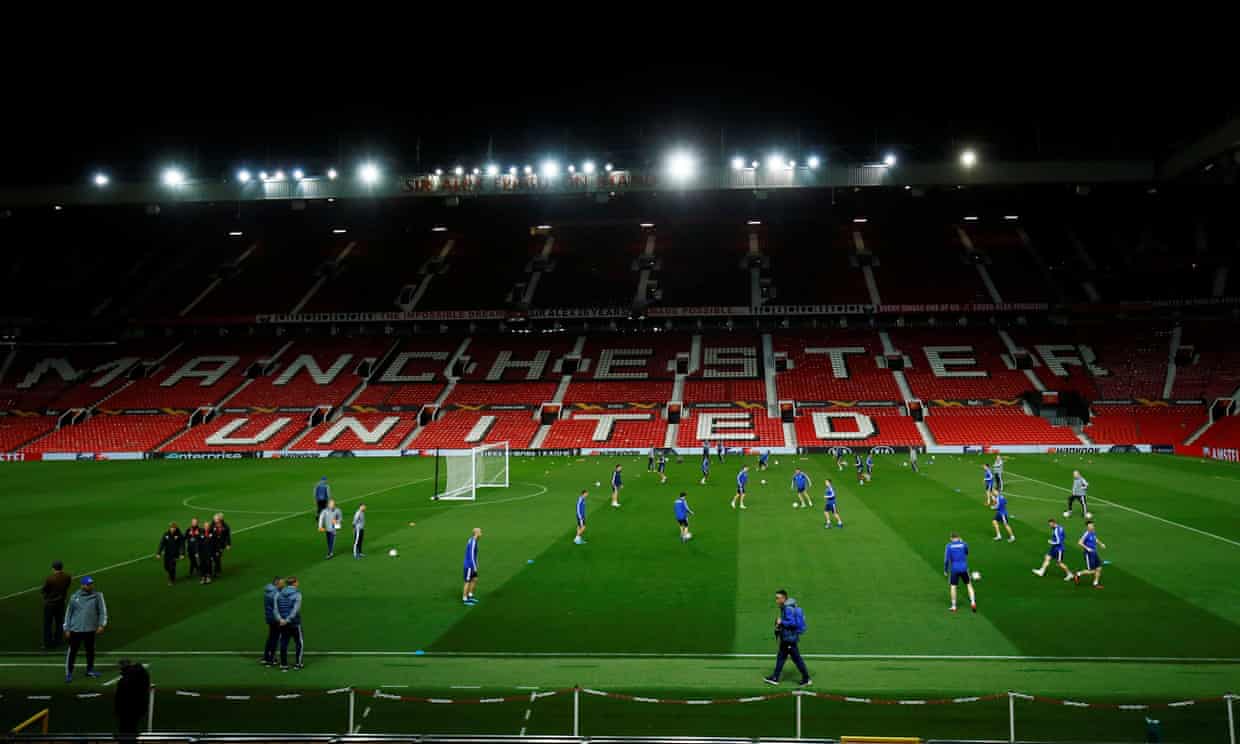 Image credit via The Guardian

By the time FC Astana touched down in Manchester on Monday, they had been in the air for more than seven hours. A quick stop in Riga had lengthened their day and it was little wonder that, whereas most teams travel to European fixtures the afternoon before the game, the serial Kazakh champions had afforded themselves three days to prepare for this one. As far as their body clocks, tuned five hours ahead of British Summer Time, were concerned it was into the early hours of the morning when they finally checked into their hotel and could begin adjusting to the task in hand.

For Astana it is hardly an unfamiliar scenario: they have faced similar challenges in the majority of the 35 away fixtures they have contested in the Europa League and Champions League since, in 2013, they took their first steps on this stage. But for everyone else there remains a sense of mystery about facing a team based 3,700 miles from Old Trafford, and three times closer to the Chinese border than to Moscow. It is the furthest outpost in top-level European football; a remote new city in a still-new country, and – in the familiar modern-day mould – a sporting project designed to deepen Kazakhstan’s imprint on the geopolitical map.

“Life there has been surprisingly good,” says the Icelandic midfielder Rúnar Már Sigurjónsson, who moved to Astana in June after his contract with the Swiss club Grasshopper expired. “It’s a little bit strange, of course, a completely different world; a new city with all this strange but beautiful architecture. I had no idea what to expect but it surprised me in a very positive way.”

The city of Astana was renamed Nur-Sultan, after the former Kazakh president Nursultan Nazarbayev, upon his resignation in March. It has rattled through the identities: in the Soviet era it was initially named Akmolinsk and then became Tselinograd, subsequently becoming Akmola when Kazakhstan declared independence in 1992 and then, in 1998, Astana (“Capital”). The vision presented by its modern incarnation, which soars into view from hundreds of miles of steppe, is extraordinary: a disorientating array of glitzy, high-rise, futuristic buildings that outwardly serve scant purpose beyond flexing the strongman Nazarbayev’s oil-funded muscles.

A strong football team is another means of doing that and Astana, founded in 2009, are backed by Samruk Kazyna, the country’s sovereign wealth fund. The aim was to give Kazakhstan a Champions League club: Astana achieved that in 2015-16, reaching the group stages and earning four draws against Atlético Madrid, Benfica and Galatasaray. They have not quite managed to repeat the trick but this is their fourth successive appearance in the Europa League; if they are not quite a Shakhtar Donetsk then the signs are they have outstripped BATE Borisov, whom they defeated in this season’s play-off and who were commonly cited by club insiders as a reference point earlier in the decade.

“The club is doing a lot of things right: well organised, a good structure, everyone working together to be a known team in Europe,” Sigurjónsson says. “I think their long-term vision is succeeding.”

Sigurjónsson was brought to Astana by Paul Ashworth, the club’s English executive director. Ashworth arrived in January as part of a boardroom reshuffle and speaks good Russian, having been a coach at FC Rostov between spells managing three Latvian clubs. He oversees a football setup, managed by the Ukrainian Roman Hryhorchuk, that has won five consecutive league titles but is embroiled in a rare three-way skirmish with Kairat Almaty and leaders Tobol this time.

“The domestic football is two different things,” Sigurjónsson says. “At home we have a good artificial pitch and a nice stadium, so you know what to expect. At away games you don’t really know what you’ll come across: it could be a grass pitch that hasn’t been cut for a few weeks. The league has probably been a little more even than I’d expected. The players are a bit smaller, more Asian in style: quick and with more technique, good on the ball. But the tactical and physical aspect is not quite the same as we know in European football.”

If that is not exactly a slip of the tongue, it does underline Kazakhstan’s wider struggle between European and Asian identities. Winning at Old Trafford would certainly bolster the former and Sigurjónsson, who believes it is “maybe the biggest game in the club’s history”, thinks their prospects should be taken seriously.

“I think we have a great chance,” he says. “Of course it’s a romantic idea, but you never know what can happen in football. It’s probably a great time to play them right now; they have a lot of injuries and perhaps haven’t found their best team yet.”

Sigurjónsson has his own reasons for scouring United closely: he is a lifelong fan who flew regularly from Iceland to attend games – such as the win over Aston Villa in 2009 made famous by Federico Macheda’s late winner – throughout his youth. If Astana, who are typically watched by around 5,000 fans at home league games, need an extra shot of backing they will find 40 of his friends and relatives, all United supporters too but parking their affections for the day, in the stands. The idea of playing at Old Trafford was a dream in his matchgoing days; doing so for a team from Kazakhstan is something no career planner could have sketched out.

“The world is always getting smaller,” he says. It might not have felt that way during Monday’s journey, but Astana are ready to prove that the gap with their more established rivals is, in football terms at least, narrowing.